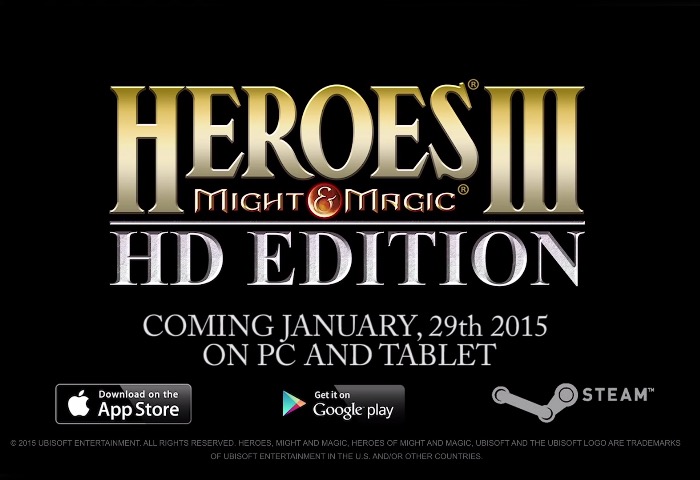 Ubisoft UK has announced that their new Might & Magic Heroes III HD Edition will be launching onto both tablets and PC next month from January 29th, 2015.

Might & Magic Heroes III is a turn-based strategy game, originally released back in February 1999 and now after 15 years will be making its way to tablets and PC once again. The video below provides fans with a quick look at the game as well as showing the Hydra HD under construction.

For more information on the new Might & Magic Heroes III HD version jump over to the official M&M website for details.