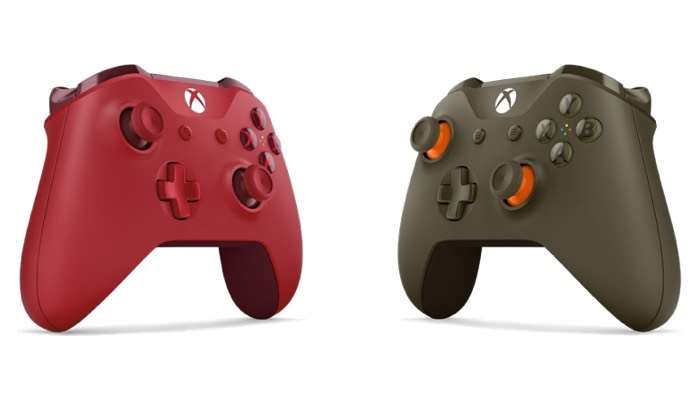 Microsoft has announced that its Xbox Wireless Controllers ate now available in two new colors, Red which has a two tone matte red finish and Green/Orange.

The Green/Orange version of the Xbox Wireless Controller has a two tone green design and it also comes with orange accents.

2016 was a great year for gaming on Xbox – we brought you the new Xbox One S, the ultimate gaming and 4K entertainment system with 4K UHD Blu-ray, 4K video streaming and High Dynamic Range; we released over 100 console-exclusive games; we became the fastest, most reliable gaming network with Xbox Live; and we launched our most comfortable, highest-performing controllers to date with the new Xbox Wireless Controller. Today, we’re pleased to introduce two more color options for the Xbox Wireless Controller that provide even more choice to our fans so they can game how they want.

You can find out more information about these new colors versions of the Xbox Wireless Controller at the link below.