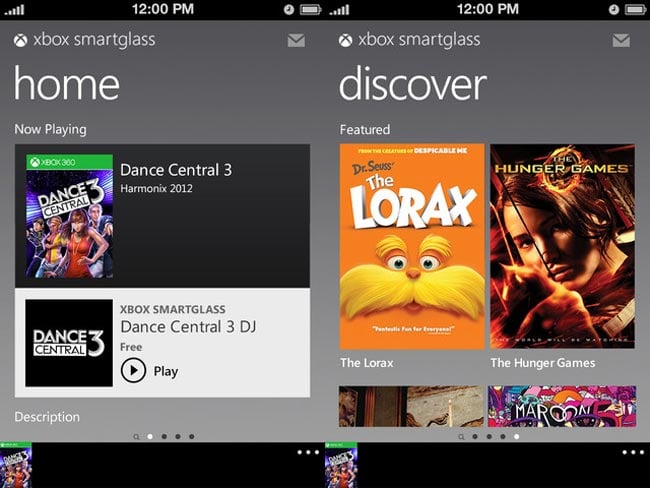 Xbox SmartGlass lets your device work with your Xbox 360 console to bring rich, interactive experiences and unique content about what you’re watching or playing, right to the device that’s already in your hand. Interact with your favorite TV shows, movies, music, sports, and games, and bring remote control to a whole new level.

The Microsoft Smartglass app for Apple’s iOS devices is available as a free download from Apple’s iTunes app store.