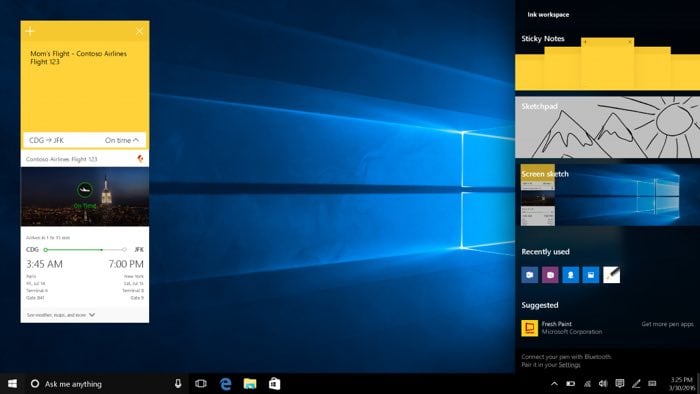 Microsoft has announced their Windows 10 Anniversary update at their Build 2016 developer conference.

The new Windows 10 update is coming this summer to PCs, tablets, smartphones, their Xbox One console and the Microsoft HoloLens.

In the eight months since launch, Windows 10 is off to the fastest start in Windows history, with over 270 million active devices, outpacing Windows 7 in the same timeframe by 145%. People are spending more time on Windows than ever before – over 75 billion hours – with the highest customer satisfaction of any version of Windows. We are on track to reach our ambitious goal of one billion Windows 10 devices in the next few years. We welcome everyone to Windows 10, whether you have a new PC, a five-year-old PC, or a brand new Mac – we are building the most secure, productive, and fun platform for you.

The update will bring a wide range of new features to Microsoft’s smartphones, tablets and more, this will include improved security with Windows Hello, Windows Ink and updates for Cortana.

You can find out more details about the Windows 10 Anniversary update over at Microsoft at the link below.