Microsoft [MSFT] has announced that it is expanding its Zune service to the UK and Europe, and version 4.7 of the Zune software will be a desktop sync client for Windows Phone 7 devices, which will be available in 20 countries. 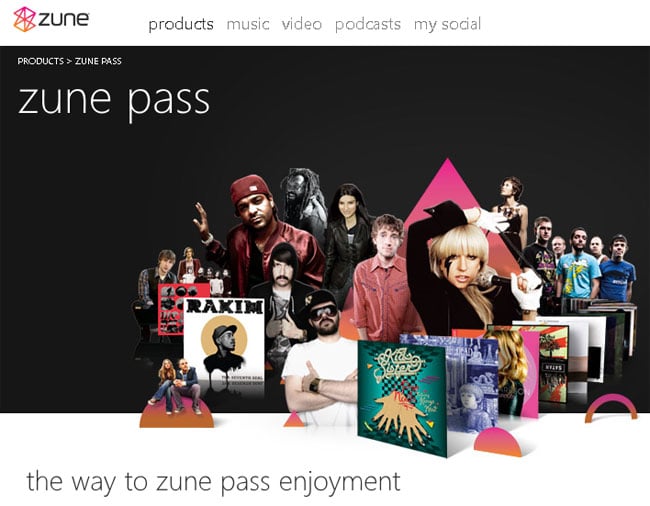 The Zune Pass subscription service will hit the UK, France, Italy and Spain, offering unlimited streaming for £8.99 / €9.99 per month but no ability to keep 10 tracks a month as with the $14.99 US service.

Music purchases will arrive in the UK, France, Italy, Spain, and Germany, and the format will be unencumbered MP3.

Video purchases will come to the UK, France, Germany, Canada, Australia, and New Zealand, with playback support across the PC, Xbox Live, and Windows Phone 7.