The Microsoft Twitter account responded to a twitter users question about Verizon and Windows Phone 7 saying ‘WP7 devices will be rolling into Verizon stores this holiday season and more will arrive in early 2011. 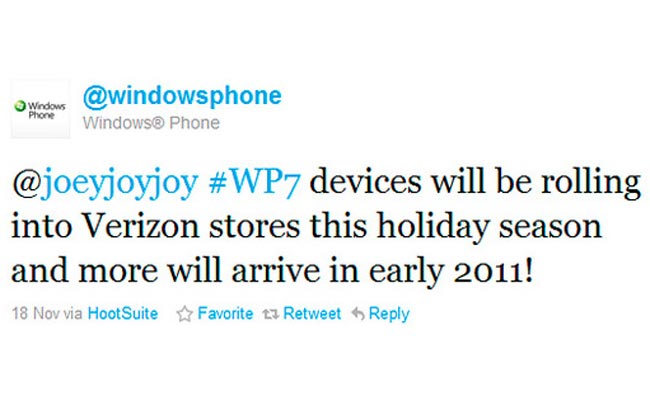 The tweet has since been pulled from the Microsoft Twitter account, so I guess Microsoft were probably waiting to make an official announcement. As soon as we get some more information on what Windows Phone 7 devices will be available on Verizon and when they will be available we will let you guys know.