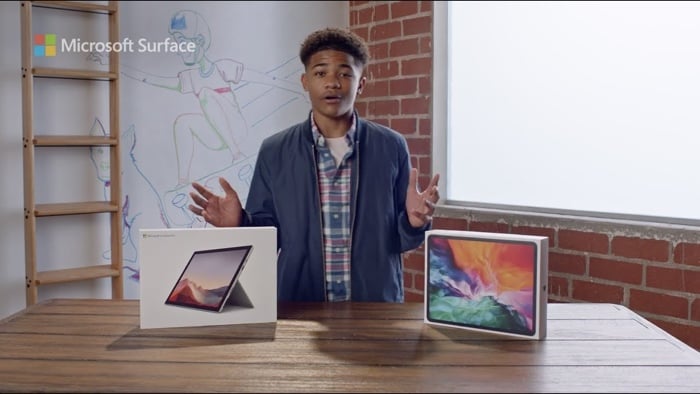 The iPad Pro has been an incredibly popular device for Apple, although the Surface Pro 7 does come with a number of features that the iPad Pro does not have.

As we can see from the video, Microsoft is using their built in kickstand, more ports and the lower price to compare the two devices.

The Microsoft Tablet is around $470 cheaper than the iPad Pro featured in the video, is this enough to get people to buy the Microsoft tablet over the iPad. Which one would you buy? Leave a comment below and let us know.