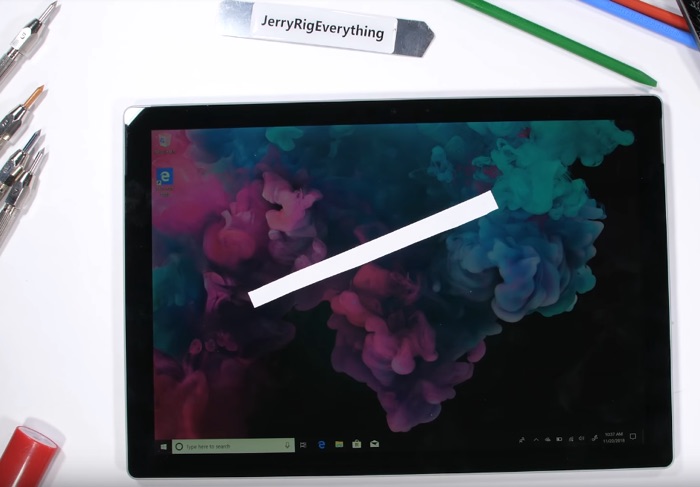 We recently saw a torture test video for Apple’s new iPad Pro, unfortunately the tablet did not do very well in the bend test, now it is the turn of Microsoft’s new tablet, the Microsoft Surface Pro 6 .

In the video below we get to see the Microsoft Surface Pro 6 put through a number of tests, this include a scratch test, a bend test and a burn test. Will Microsoft’s new tablet survive the bend test, or will it go the way of the new iPad pro, lets find out.

As we can see from the video the scratches appeared at levels 6 and 7 and unfortunately the display cracked when the level 7 was used.

The Surface Pro 6 did fine in the burn tests and the display was not permanently damaged, the device was OK in the bend test, it did suffer some damage but still worked, it did not suffer as much damage as Apple’s iPad Pro.