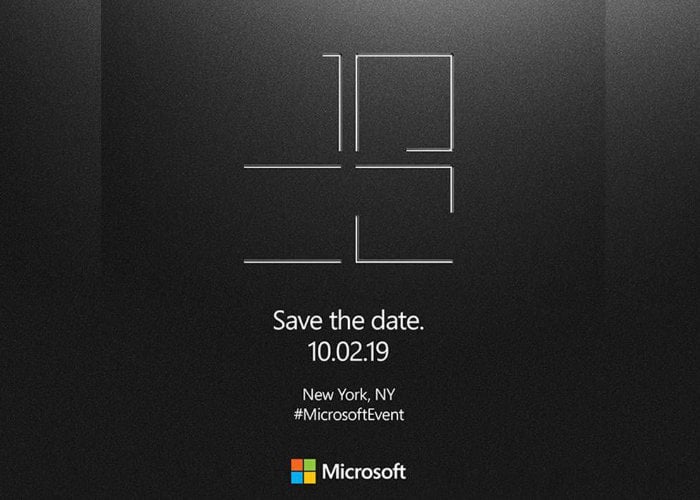 Microsoft has today announced a new Surface Event will be taking place on October 2nd 2019 in New York City. Last year during the same event Microsoft unveiled their Surface Pro 6 powered by Intel’s range of ‘U’ series quad-core processors. Together with Surface Studio 2, software announcements and the launch of the Surface Headphone line.

It is thought that this year’s event Microsoft will be unveiling more details about its dual-screen machine codenamed ‘Centaurus’ as well as may be refreshing other Surface devices such as the Surface Book which is long overdue an update.

As more information is announced, leaked or revealed ahead of the October 2nd Microsoft Surface event will keep you up to speed as always.