Microsoft’s Surface tablets haven’t exactly burned up the sales charts. The Surface RT tablet in particular has been maligned by consumers and many electronics manufacturers have backed away from the operating system as well. Microsoft has sent out an invite for a Service event to be held on September 23 in New York City. 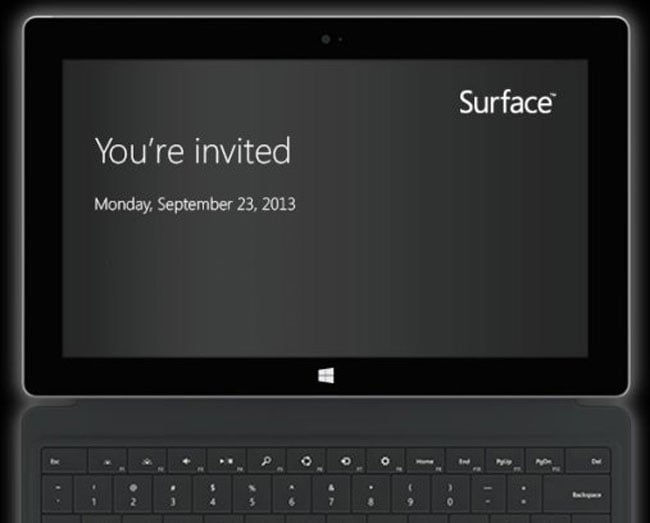 While the invite doesn’t specifically say it, the belief is that this will be the event for the unveiling of the Surface 2.0 tablets. Microsoft certainly can’t afford to keep offering the existing Surface tablets that have proven unpopular.

Whether or not any next-generation Surface 2.0 hardware can win acceptance on the electronics market remains to be seen. One rumor circulating suggests that the new Service devices won’t appear with significantly smaller screens.