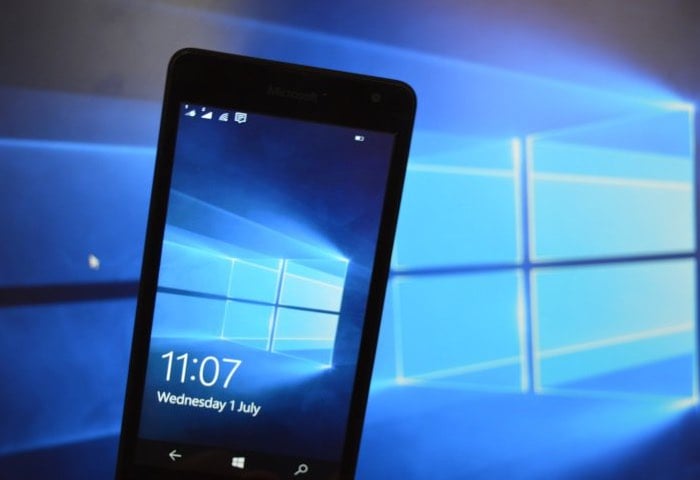 Microsoft’s Nerd Jesus Gabe Au has announced via Twitter that the company has rolled out a new Windows 10 mobile update in the form of Windows 10 Mobile Insider Preview Build 10586.

Fixes in the latest release include the removal of issues that caused the Start experience to become corrupted after upgrading as well as As well as restoring a backup from a smartphone that had a different screen resolution.

Today we are releasing Windows 10 Mobile Insider Preview Build 10586 to Windows Insiders in the Fast ring. This build for mobile has a lots of good bug fixes and general improvements for you to check out. Overall this is a really great build, and we’re excited to get it out there for all of you to try. There is an important note for anyone who installed Build 10581 and then subsequently factory reset your phone.

Other new fixes include :

– You should now be able to set your default save locations via Settings > System > Storage and it will correctly reflect the current storage settings. Your SD card should no longer show up as a garbled name in Storage settings either.
– Moving apps to a SD card should no longer cause those apps to crash.
– We’ve made improvements to the Messaging + Skype app – through both app updates via the Store and also on the server side.
– This should be seeing less resuming/loading text when switching apps.
– The physical camera button should be working again if it wasn’t working for you before.
– Apps and games should download from the Store more reliably.

Jump over to the MicrosoftWindows Blog via the link below.