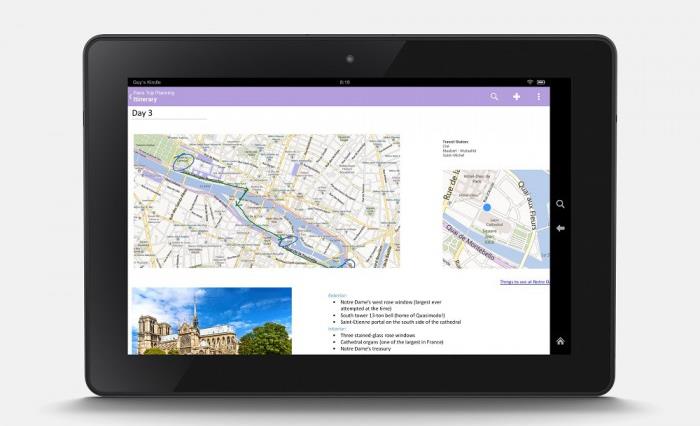 Not too long ago, Microsoft released Skype app for the upcoming Amazon Fire Phone, but that’s not the only app the software giant will introduce for the first Amazon smartphone.

Recently, Microsoft announced its popular OneNote app for both Kindle Fire and the Amazon Fire phone. The app is available free of cost from the Amazon Appstore.

“Today OneNote is available at the Amazon Appstore for Android, delivering on our promise to bring OneNote to every device that matters to you. If you have a Kindle Fire or a Fire phone, you can now use OneNote to capture or access thoughts, ideas and to-do’s while on the go,” Microsoft said in a blog post.

Microsoft OneNote give users the ability to capture notes, to-do’s and more on the go on their smartphones, tablets and PC. Best of all, the notebooks are synced across all your devices and computers so that you can work on them from any device you one. Additionally, the Fire version comes with homescreen widgets, ability to add and customize notebooks from your phone and more.

Here’s a brief list of features the app has to offer as per Amazon App Store:

Head over to the Amazon App Store and download the app.