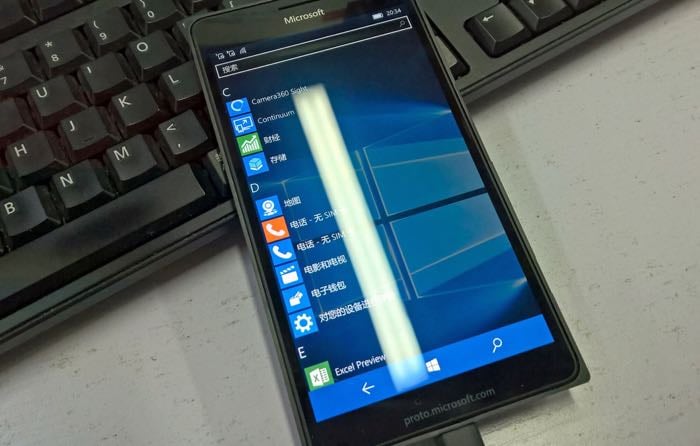 We previously heard about the new Microsoft Lumia 950 XL smartphone that will launch with Windows 10 Phone and now we have a photo of a prototype version of the handset.

The Microsoft Lumia 950 XL is rumored to come with a 5.7 inch display with a Quad HD resolution of 2560 x 1440 pixels and the device will apparently be powered by an octa core Qualcomm Snapdragon 810 processor.

Other rumored specifications on the handset include 3GB of RAM and 32GB of built in storage, the handset will also feature an Iris scanner and front and rear facing cameras.

The front camera on the handset is rumored to be a 5 megapixel wide angle camera, the rear camera will be a 20 megapixel PureView camera with a triple LED flash. The handset will also come with Qi wireless charging plus a 3300 mAh battery and it will feature a USB Type C Connector.

The photo above shows a prototype which has a casing that is design to hide the design of the device, it will not look like the one in the photo above when it launches.