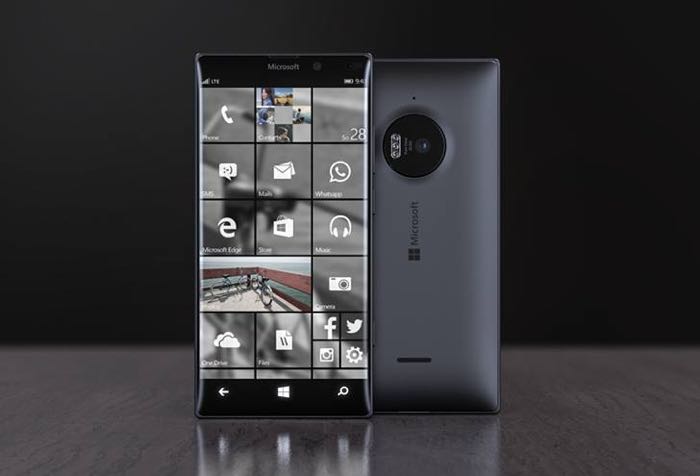 Some specifications for both handsets have been revealed and the devices will come with high end displays and cameras as well as the latest processors.

First up is the Microsoft Lumia 950, this device will come with a 5.2 inch display with a QHD resolution of 2560 x 1440 pixels and the device will be powered by a Hexa-core Qualcomm Snapdragon 808 processor.

Other specifications on the handset include 3GB of RAM and 32GB of built in storage, the device will also come with a microSD card slot for expansion. The handset will feature a 5 megapixel front camera and a 20 megapixel PureView rear camera.

The Microsoft Lumia 950 will come with a 3000 mAh battery and a USB Type-C connector, the device will also come with a Qi wireless charging flip cover.

Next up is the Microsoft Lumia 950 CL, this devices will feature a larger 5.7 inch QHD display and a more powerful processor in the form of an octa core Snapdragon 810, the handset will also features 3GB of RAM, 32GB of storage and a microSD card slot.

Other specifications on the Microsoft Lumia 950 XL include a 20 megapixel PureView rear camera with a triple LED flash, the front camera will be a 5 megapixel wide angle camera.

The handset will have a larger 3300 mAh battery, built in Qi wireless charging and USB Type-C, both devices will come with an Iris scanner.

Both devices will come with Windows 10 and Microsoft are expected to release these new high end Windows Phone devices at IFA 2015 in September.