Microsoft has announced Xbox 360 controllers in two new colors, including purple and black,  that will be a part of the Special Edition Chrome series. Both controllers will retail for $54.99, and will be available worldwide from March. 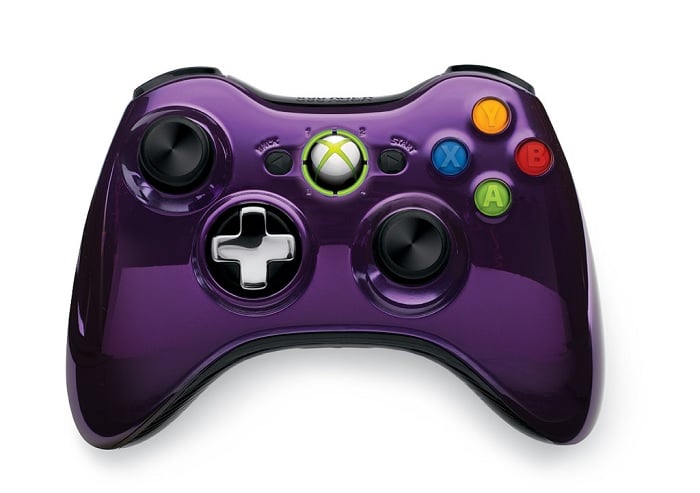 The two new controllers feature a transforming D-Pad with a colored chrome design. For those of you who are wondering if they’ll work with the next-generation Xbox One console, the answer is no. So how many of you will purchase the new special edition chrome controllers for their Xbox 360? Share with us using the comments below.