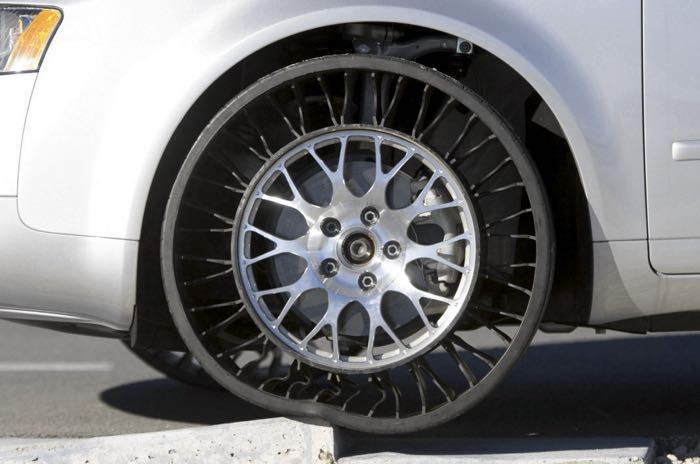 Michelin has announced that their new airless tires, the Michelin X Tweel is going into production, the company has been showing off their design for a while now, and they are getting ready to launch this new airless tire.

The Michelin X Tweel is more than just an airless tires, it is basically a tire and wheel which are combined, and they are designed to put an end to punctures, as there is no air, there is no chance of a puncture.

The video below show how the new Michelin X Tweel works, they are currently being used on tractors and other commercial vehicles, but Michelin has bigger plans.

The company has announced that they are opening a dedicated factory to produce the Michelin Tweel, this should allow the device to be developed further and made available for more vehicles.