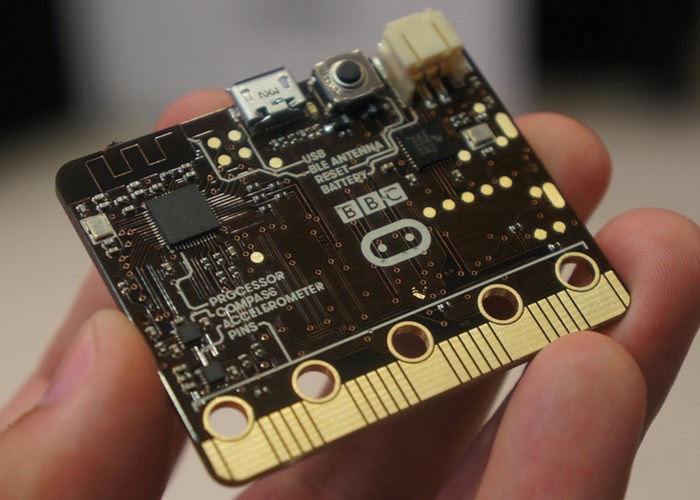 Music students that have just received their BBC micro:bit mini PC as part of the BBC’s UK schools project to give all 11-12 year-old UK students a mini PC to use and program. Might be interested in a new project that shows how to make a Metronome using the new pocket PC.

As you probably already know a Metronome is any device that produces a regular, metrical tick, beats or click and can be set to the beats per minute a musician would like to play to and the Metronome ticks represent a fixed, regular aural pulse.

The micro:bit kit consists of the micro:bit itself, a tiny, programmable computer that looks like a smaller version of Raspberry Pi, a buzzer, an audio cable, a battery holder and some batteries. Once you start fiddling with it, the looks no longer matter. Even though it appears sparse, the micro:bit is actually slightly more user-friendly than a Raspberry Pi; besides its 32-bit ARM Cortex M0 processor and 16K of RAM (sounds like a pithy number but you don’t need more for programming basics) on the board, it has a micro USB connector, a battery connector, two programmable buttons and 25 programmable LEDs, which you can use to built cool projects.

For more information on the new BBC micro:bit mini PC and how to use the kit to create a DIY Metronome jump over to the Mashable website for details by following the link below.