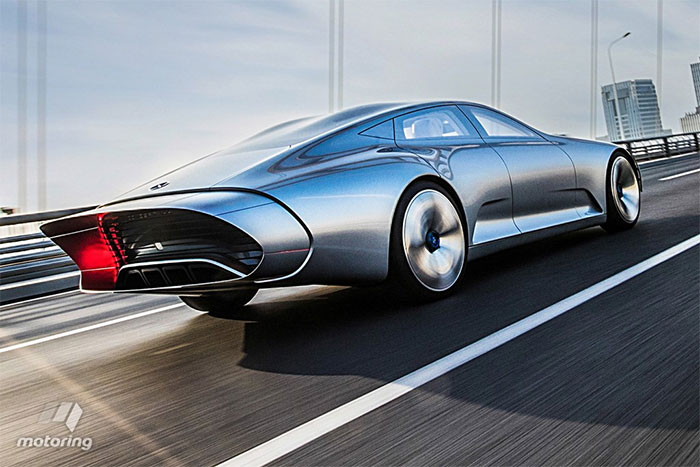 When most people think of an electric vehicle, the name that comes to mind is Tesla. The challenge for Tesla is building as many cars as they need to meet demand for popular new models like the Model 3 EV. Mercedes wants to challenge Tesla and one of the big factors in its favor is the fact that it has plenty of capacity to build as many EVs as it needs.

Mercedes is talking up an EV that it will use to fight Tesla at its own game that promises to have a driving range of 500km. Mercedes says that the EV will be priced similarly to the Model S, which would make it an expensive ride. A loaded model S can fetch in the $100,000 range.

Mercedes plans to show its new EV at the 2016 Paris motor show this September. While the car will be unveiled this year, it’s not expected to hit the streets until 2018. I’m not a fan of the rear-end of this concept in the image here, hopefully it will look better in person. Most car buyers still aren’t interested in EVs, the charge infrastructure simply isn’t there in most places.