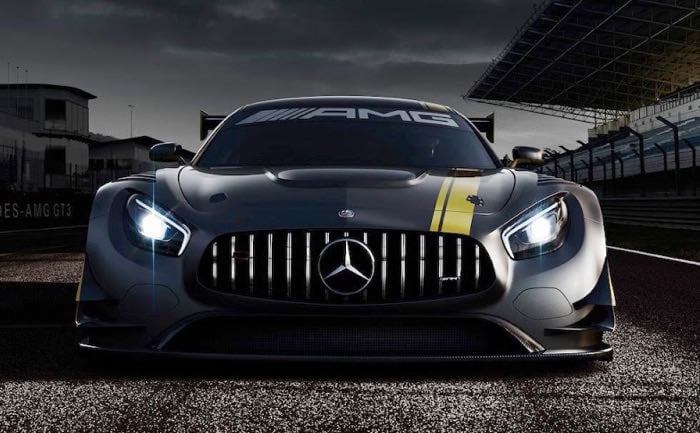 We have been hearing rumors about the new Mercedes AMG GT R for some time and now it looks like the car will be announced next month.

The Mercedes AMG GT R will be made official at the Goodwood Festival of Speed next month, this has not been officially confirmed by Mercedes as yet.

Autocar recently discovered that Michelin have the Mercedes AMG GT R listed an an attendee for the Supercar Paddock at the event.

The car is expected to be a more track focused version of the AMG GT, it is rumored to come with around 570 horsepower and will get a wide range of modifications over the standard car.

It will come with a new front bumper and larger wings, plus a bigger boot mounted carbon fibre rear wing and more, it is expected to get a number of parts and features from the track only AMG GT3.

Pricing for the new AMG GT R is expected to be considerably higher than the £110,500 for the GT S, we will have more details when it is made official next month.