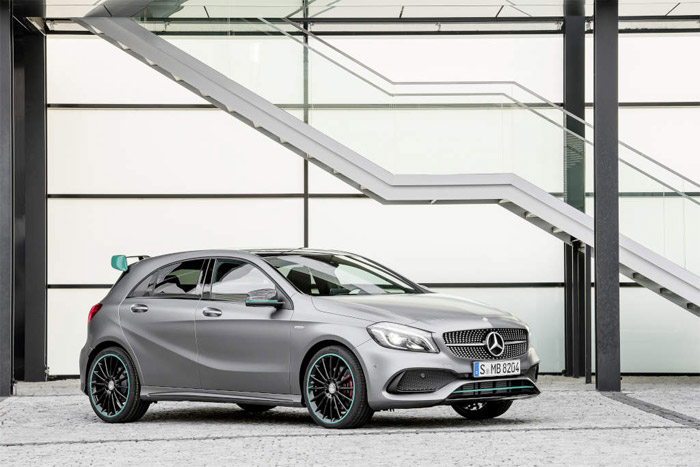 The tweaked car now makes 381bhp from its turbo engine .You might think that all MB had to do was up the boost to reach the new output. Rather than just increase boost, Mercedes tweaked the cams, valves, and other aspects of the engine. The car remains AWD and with the power bump, it can streak from 0-62mph in 4.6 seconds.

That should give it the ability to romp to 60 mph in less than four seconds. The dual clutch 7-speed transmission had its gear ratios lowered to help the performance. Buyers can also opt for a AMG Dynamic Plus package that adds in a front diff LSD, a AMG Ride Control package is also available that gives different modes for driving including a race mode.