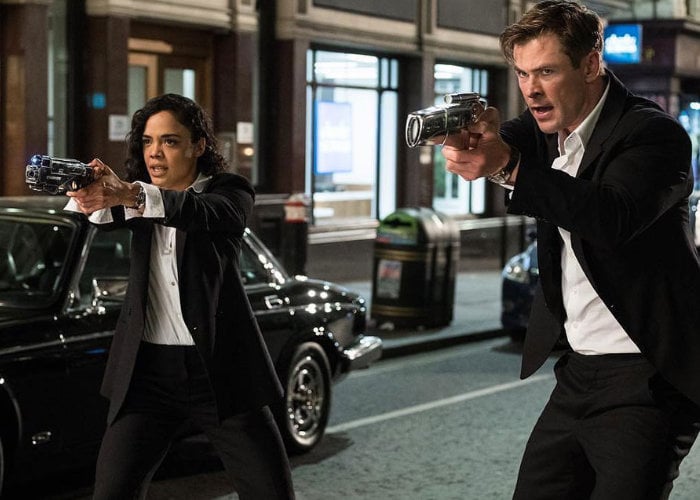 A new trailer has been released for the new Men in Black 2019 movie this week, starring Chris Hemsworth, Tessa Thompson, Liam Neeson, with Rebecca Ferguson, Kumail Nanjiani, Rafe Spall, and Emma Thompson. The Men in Black MIB International 2019 movie will premier in theatre screens worldwide in a few months time from June 14th, 2019.

The MIB action comedy film has been directed by F. Gary Gray and written by Art Marcum and Matt Holloway . “The Men in Black have always protected the Earth from the scum of the universe. In this new adventure, they tackle their biggest, most global threat to date: a mole in the Men in Black organisation. A London-based team of Men in Black (MIB) secret agents become involved in a murder mystery that sends them traveling the globe.”