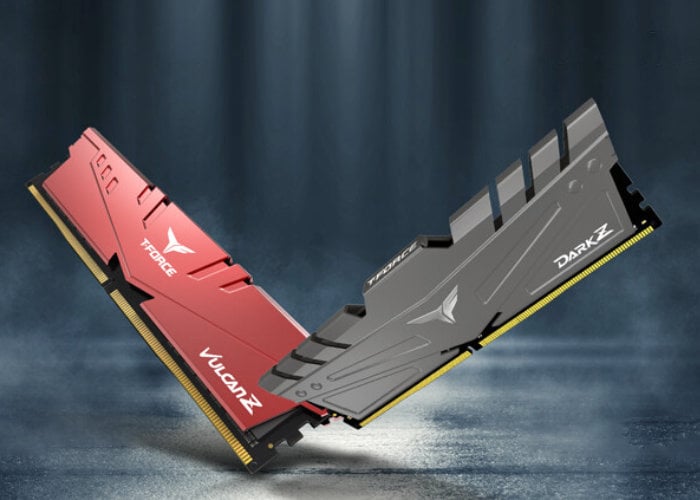 Team Group has today announced its T-Force Vulcan and Dark Z DDR4 memory modules will be released in larger capacities offering 32 GB from a single memory stick. The memory modules will be available in two different frequencies DDR4 2666 and DDR4 3000, designed to provide desktop PCs a selection of expansion options

“The invincible T-FORCE gaming series is your top choice in 2020 when it comes to large capacity upgrades. T-FORCE VULCAN Z and DARK Z, which are praised by the media around the world, will be the first to release the large capacity, 32 GB single stick memory. VULCAN Z launches DDR4-2666 MHz and DDR4-3000 MHz, two different frequencies of single channel kit and dual channel kit (32 GB X2). And DARK Z will mainly provide a DDR4-3000 MHz dual channel kit (32 GB X2). Consumers can choose a suitable specification based on their personal usage. Not only can process large files easily, but it can also upgrade capacity and handle multiple data computing at the same time. This can increase the applications of desktop computers.”

Jump over to the official product pages by following the link below for more details.