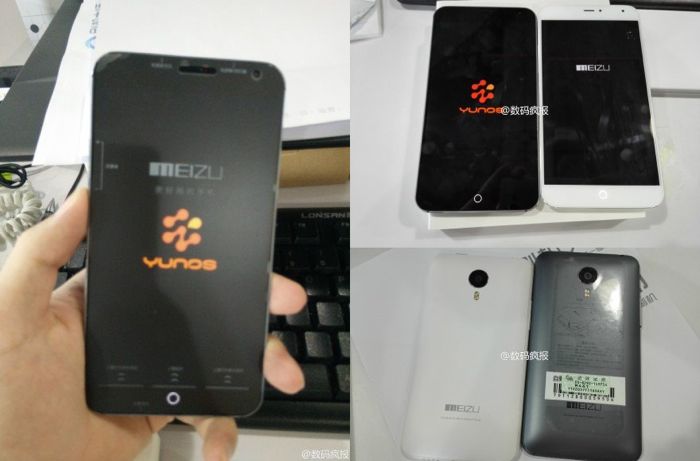 Yesterday we saw a leaked photo of the new Meizu MX4 Pro, the handset was running Google’s Android OS, although now it appears that there is another version in the works.

Some more photos of the Meizu MX4 Pro have been leaked, although this device is running Alibaba’s OS which is called Aliyun OS or YunOS, the software is a Linux based platform that incorporates Android runtime.

The YunOS version of the Meizu MX4 Pro is expected to have the same hardware specifications as the Android version, which will include a 5.4 inch Quad HD display with a resolution of 2560 x 1440 pixels.

Other specifications on the handset will include an eight core Samsung Exynos 5433 processor and 3GB of RAM, the device will also come with high end cameras on the front and back.

The handset will apparently be made official at an Alibaba event on the 20th of October, and the device is rumored to retail for around $293.

As soon as we get some more details about the YunOS and Android versions of the new Meizu MX4 Pro smartphones, including a launch date, we will let you guys know.