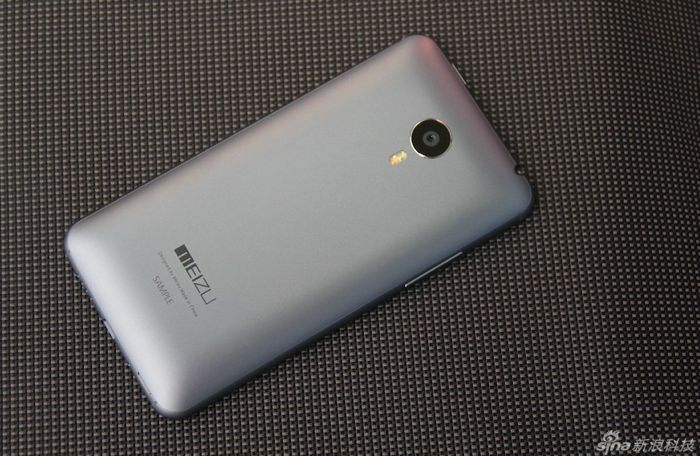 Meizu recently announced their new Meizu MX4 smartphone, the handset comes with some impressive specifications, and now a new version of the device has been leaked, the Meizu MX4 Pro.

The Meizu MX4 Pro will come with a faster processor and more RAM than the model that was announced recently, the handset is said to feature a Samsung Exynos 5430, the original device features a MediaTek MT6595 processor.

The MX4 Pro will apparently feature  massive 4GB of RAM, the recently announced model comes with 2GB, the device will also feature a 5.4 inch Quad HD display with a resolution of 2560 x 1440 pixels. 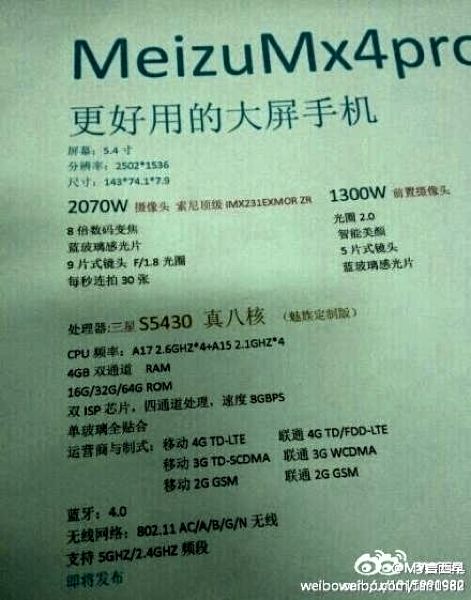 Other specifications on the Meizu MX4 include a 13 megapixel front facing camera and a 20.7 megapixel rear facing camera, the handset will also come with a choice of 16GB, 32GB or 64GB of built in storage, plus Android 4.4 KitKat.

As yet there are no details on exactly when the new Meizu MX4 Pro will launch, the handset is expected to go on sale in China initially, and we could possibly see the device in the US and Europe as well.