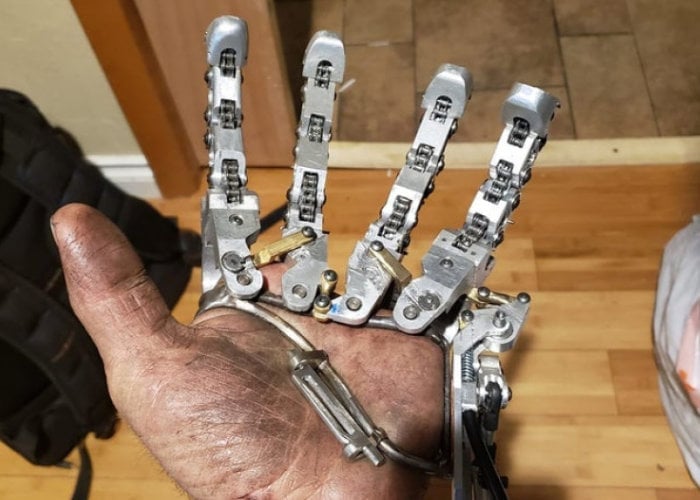 After losing his fingers in a work related accident, and not being satisfied with digital prosthetics, maker Ian Davis has created his very own mechanical prosthetic fingers which are capable of gripping and splaying. Unfortunately Davis was not eligible for a prosthetic from his insurance, but instead started building his very own. The finger prosthetic is still under development and Davis has plenty of other features you would like to add. Watch the video below to see the amazing self made prosthetic hand in action.

“Another video to share the progress I’ve made on designing and prototyping my hybrid myo mechanical partial hand prosthetic. This video documents the addition of the splay function.”