Not to be confused with the Mecam wearable camera we featured yesterday, Always Innovating has unveiled their new MeCam flying copter camera, which has been designed to follow you and stream live video to your smartphone.

The footage can then easily be shared with your friends and followers via YouTube, Facebook and others.  Watch the video after the jump to learn more about the MeCam flying camera project and see it in action. 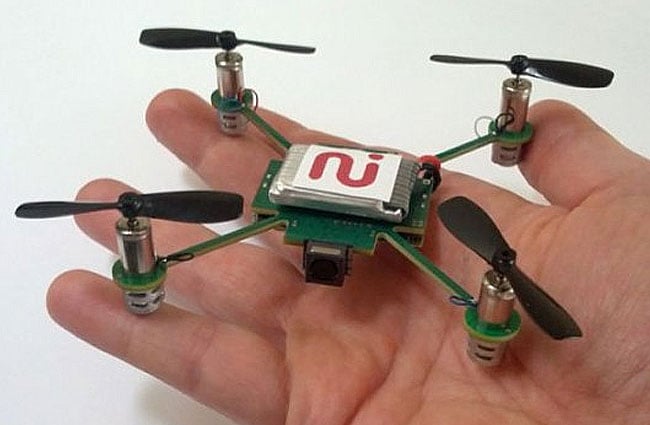 The MeCam and is essentially a mini helicopter, or Nano-Copter as its creators call it, that is equipped with video recording and streaming capabilities. No controls are needed and you simply use voice-commands to manoeuvre to copter around.

The MeCam flying camera copter is also equipped with a “Follow Me” feature, which enables it to follow your smartphone signal as you walk around. Its equipped with a 1.5 GHz Cortex-A9 processor, 1GB of RAM, micro-SD for storage, and WiFi/Bluetooth connectivity and is expected to arrive in stores during 2014 for around $49. We will keep you posted on its progress as more information is released.