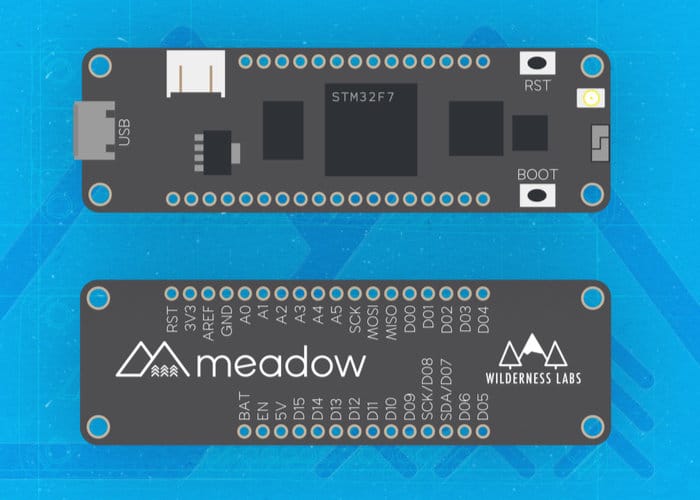 Developers, makers and electronic enthusiasts interested in creating Internet of Things applications may be interested in a new IoT platform called Meadow, which offers a full stack .NET standard IOTA platform. Meadow offers the power of Raspberry Pi in the computing factor of an Arduino, and the manageability of a mobile application, say its creators.

Watch the demonstration video below to learn more about the project created by Wilderness Labs which has been launched via Kickstarter this week and already raised over $33,000 thanks to over 350 backers with still 29 days remaining on its campaign.

“Do you want to build connected hardware the easy way? Are you tired of messing with tooling and languages from the 80s? Are you looking for a modern, plug and play platform where you can focus on the experience, and not write low-level plumbing code?

Meadow is something completely different. Designed from the ground up by some of the same folks that created Xamarin, Meadow is the world’s first, modern, secure, professional IoT platform. It combines the best of all worlds; it has the power of RaspberryPi, the computing factor of an Arduino, and the manageability of a mobile app. And best part? It runs full .NET Standard on real IoT hardware.”

For more information on the Meadow full-stack .NET standard Internet of Things platform jumper over to the official crowdfunding campaign page by following the link below.