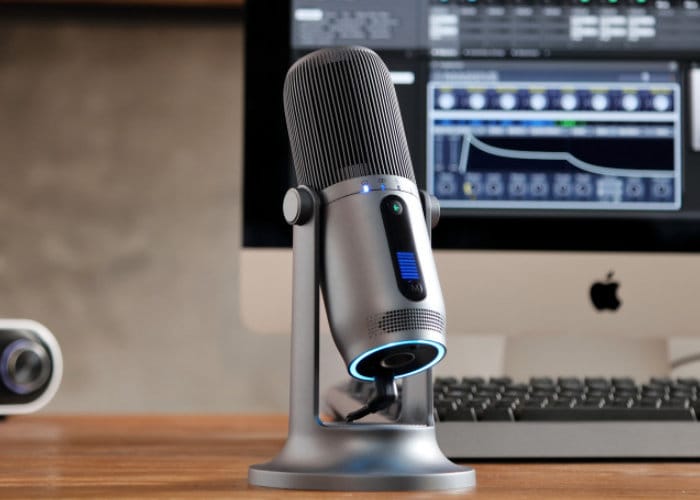 If you are looking for a professional noise reduction microphone that provides “unparalleled broadcast quality audio”, the new MDrill One might be worth more investigation. The developers of the MDrill One microphone say that it will consistently record up to 10 percent more clearly and accurately when compared to other USB microphones. Thanks to its innovative design the MDrill One microphone requires no further accessories to eliminate crackling, popping, vibrations, or background noises that can effect the integrity of your recording.

Watch the demonstration video below to learn more about the plug and play professional noise reduction microphone which has this week launched via Indiegogo, and has already raised its required pledge goal of $10,000 with still over a month remaining on its campaign. Features of the MDrill One condenser microphone include five recording modes, zero latency, smart recording settings, universal mount, USB connection, DynaMic noise reduction and Vertigain technology. As well as a seven colour RGB LED lighting system.

The MDrill One mic is available to back with pledges starting from $139, offering a considerable 46 percent saving off the recommended retail price of $259 which will kick in once a crowdfunding campaign has successfully concluded. For more information, full specifications and a full list of all available Indiegogo pledges jump over to the official Thronmax crowdfunding campaign page by following the link below.