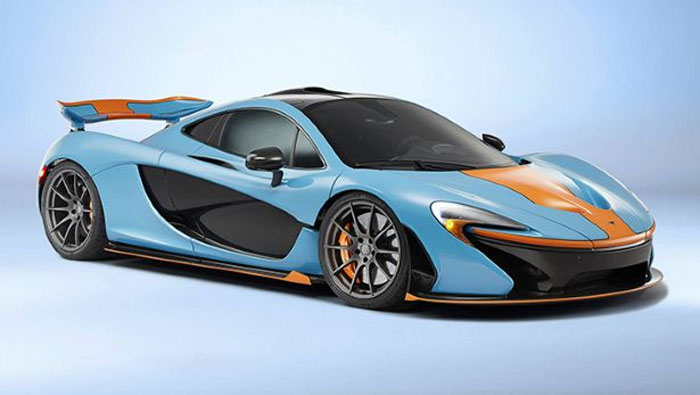 The McLaren P1 is one of the most exclusive supercars in the world with only a handful being made. Each of the cars requires an enthusiast with some seriously deep pockets. When you have the money and inclination for something even more exotic from McLaren, you go to the McLaren Special Operations department where they can make your wildest dreams come true.

The McLaren Special Operations department recently created a one of a kind P1 for a wealthy businessman named Miles Nadal and the car my well be the sexiest P1 ever produced. The special P1 wears the famous Gulf livery and is said to be inspired by the McLaren F1 GTR racer that wore Gulf colors back in the day.

On the outside of the car is plenty of blue and orange with the color scheme extending to the rear spoiler. The rear diffuser, side sills, and front splitter are also wearing orange stripes. Inside the car, some of the switchgear gets the blue and orange treatment, as does the steering wheel with its blue and orange Alcantara stripes. There is no word on how much this custom P1 costs, but if you have to ask.