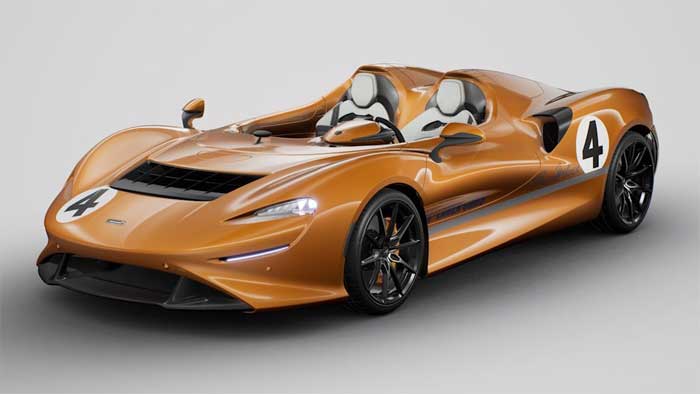 McLaren has another special edition car that comes from its MSO division that is a version of the Elva supercar. The new car wears a bright shade of orange that is meant to remind of Bruce McLaren’s M6A Can-Am racing car from 1967. The McLaren Elva M6A theme is the second racecar-themed Elva the comes from MSO.

The color used on the car isn’t directly from the racing car of the late 60s. Instead, it’s orange with more of a pearl finish than the solid orange of the racecar. It wears a white circle with a 4 in the center has throwback to that racing car.

Other touches include a metallic silver stripe down the side, and it has the McLaren Cars logo and Bruce McLaren’s signature on the side. McLaren only plans to make 399 Elva racing cars, and the windshield is optional. The car starts at around $1.69 million and MSO customizations will add to that price.