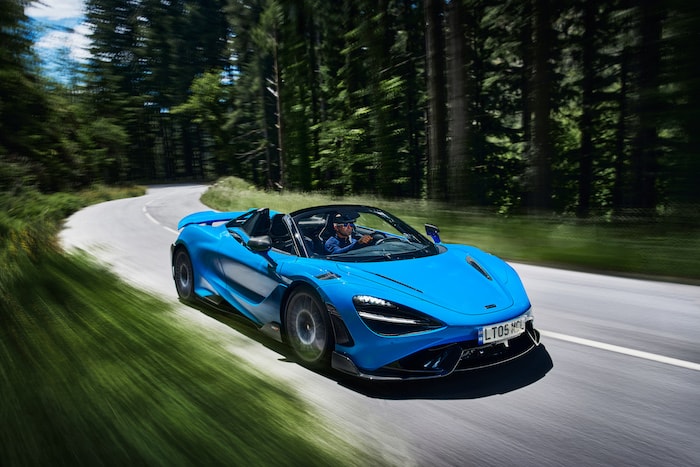 McLaren has unveiled their latest supercar, the McLaren 765LT Spider and the car comes with a twin turbo V8 that produces 765 PS (754 horsepower). 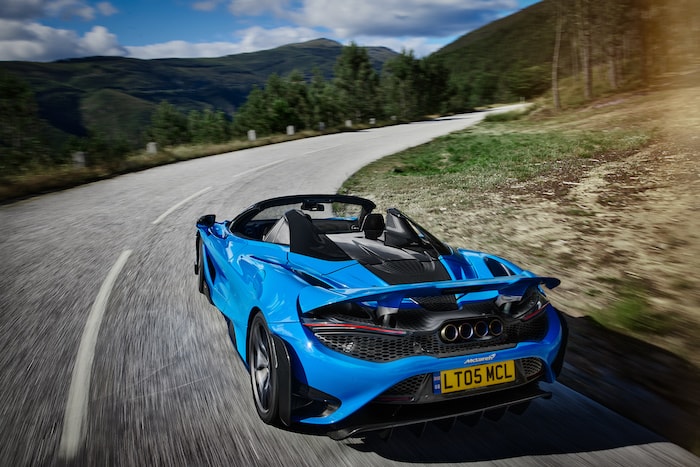 Power and torque delivery – 765PS (755bhp) at 7,500rpm and 800Nm (590lb ft) at 5,500rpm – are controlled by an engine management system with bespoke calibration. The benchmark acceleration figures tell their own story: 0-100km/h (0-62mph) in 2.8 seconds (0-60mph in 2.7 seconds), and 0-200km/h (0-124mph) in 7.2 seconds. This extraordinary performance – comparable with that of the coupe – is made even more accessible by gear ratios optimised to deliver acceleration times 15% quicker than those achieved by the 720S, with virtually instant throttle response throughout. 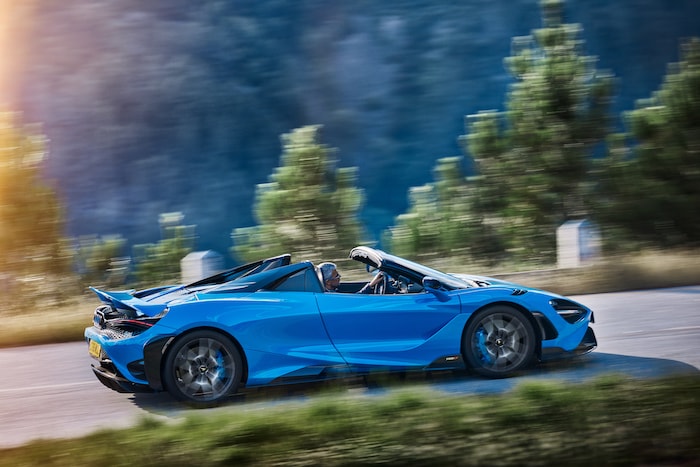 Steering feedback is enhanced by a quicker steering rack ratio and stiffer torsion bar being added to McLaren’s lauded electro-hydraulic steering system. The linked-hydraulic Proactive Control II suspension introduced on 720S benefits from 765LT-specific updates to software – which features revised algorithms derived from those developed for the McLaren Senna and Speedtail programmes – and hardware changes including the new lightweight dual springs. At the front, ride height is 5mm lower and track 6mm wider than on a 720S. All of these measures optimise precision, control, stability and roll stiffness to deliver an even more track-focused driving experience. 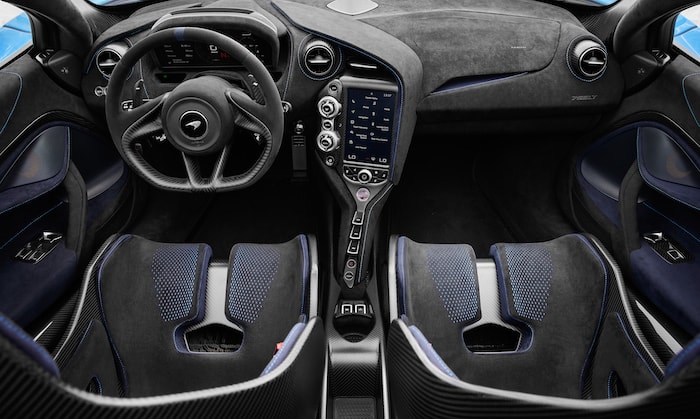 You can find out more information about the new McLaren 765LT Spider over at McLaren at the link below, pricing for the car starts at £310,500. 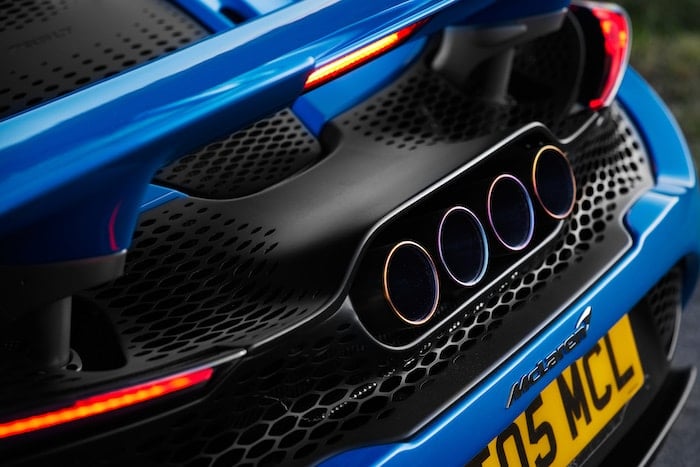