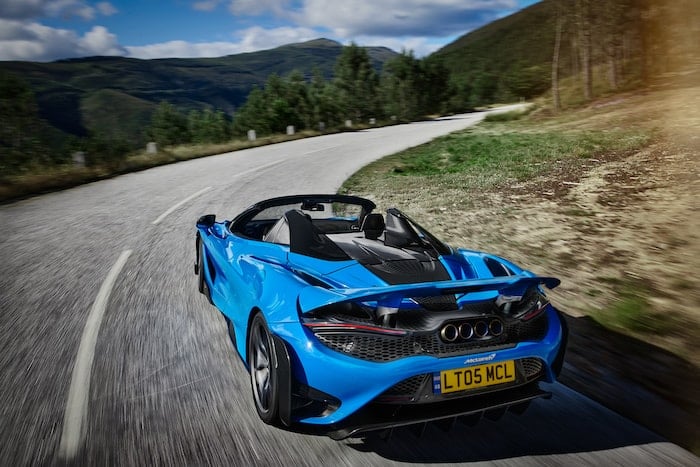 Earlier today we got to see the new McLaren 765LT Spider, this £300,000 plus supercar looks amazing from the photos and now we have a video.

The video below from McLaren gives us a look at their new 765 Spider and we also get to heard the cars engine, which sounds impressive.

As we continue to build the LT sub-brand with the introduction of the new 765LT Spider, it’s clear that our customers are increasingly attracted to the Longtail supercar proposition of exhilarating, extreme performance and limited availability. With all 765 examples of the 765LT coupe sold, it’s no surprise that as we publicly announce our new LT Spider, production capacity for 2021 is already filled.”
Mike Flewitt, Chief Executive Officer, McLaren Automotive

The immense performance and dynamic prowess of the new Spider – already proven in the 765LT coupe – are enhanced by three compelling factors: the stability of its MonoCage II-S structure, the game-changing design of its one-piece Retractable Hard Top roof, and the ongoing determination of McLaren engineers to pursue the company’s philosophy of super-lightweight engineering.

You can find out more information about the new McLaren 765 Spider over at McLaren at the link below, the car retails for £310,500.