It must be yummy because underneath all that black icing should be chocolate, right? Right? Anyway, for all the gamers out there with a taste for history, presented below is a cake shaped after the short-lived Mattel game console the Intellivision. 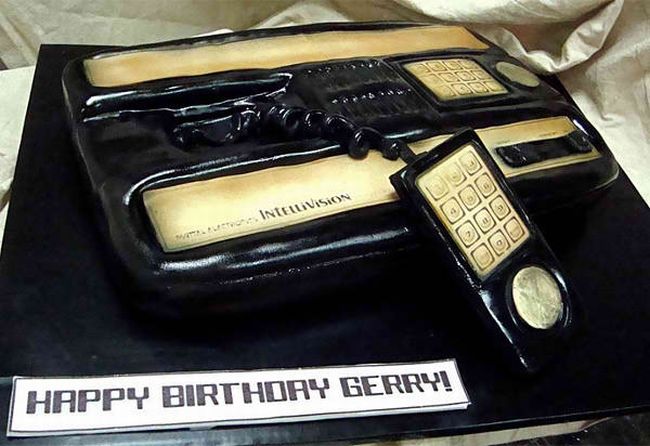 The tasty eatable tribute to a console from the bronze age of gaming is by this Debbie Goard woman, who specializes in making awesome video game cakes and whatever else her clients desire. Other game consoles have been rendered unto delectable cake before, but there’s a particular allure to this Intellivision work of art. It almost looks real if not for the rounded contours and shiny gloss.

Is anyone tempted to sink a fork in the icing and just shovel out a good chunk of this cake?

Go to her DebbieDoesCakes gallery to marvel and slobber at the yummy pastries et. al. There’s tons of cool stuff this woman bakes, like an Iron Man-themed cake, a cute penguin cake, a Jack Daniels cake, and  hilarious cannabis shaped leaf on a plate.