Mass Effect 3 gamers who have been enjoying a little multiplayer game play in BioWare’s latest Mass Effect game. Might be interested in the new statistics which have been released by EA and BioWare this week which shed a little light on just how hard players are finding the multiplayer A.I. 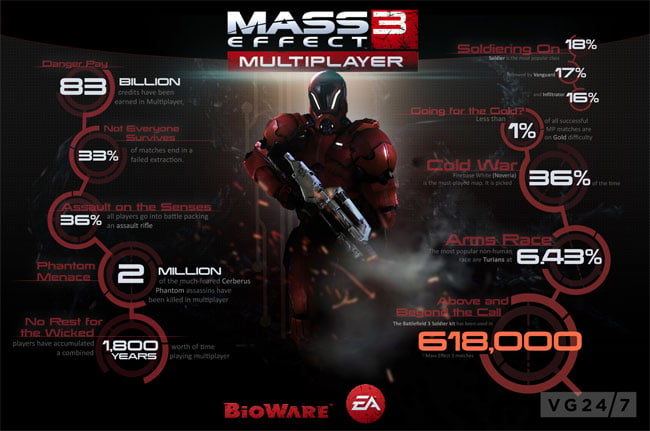 The stats aboce unveil just how many players use the assault rifle, together with the most popular non-human race played, to name a few. Other stats indicate that 33% of all matches end in failure, adding that less than 1% of all successful matches are on Gold difficulty, currently the hardest level within Mass Effect 3. With players knotting up a massive 1800 years of playtime already, earning 83 billion MP credits, and killing 2 million phantoms.

To help you out a little BioWare has released a video, which you can view below. That provides a few tips and tricks to remember whilst playing in Mass Effect 3 multiplayer modes. Enjoy!