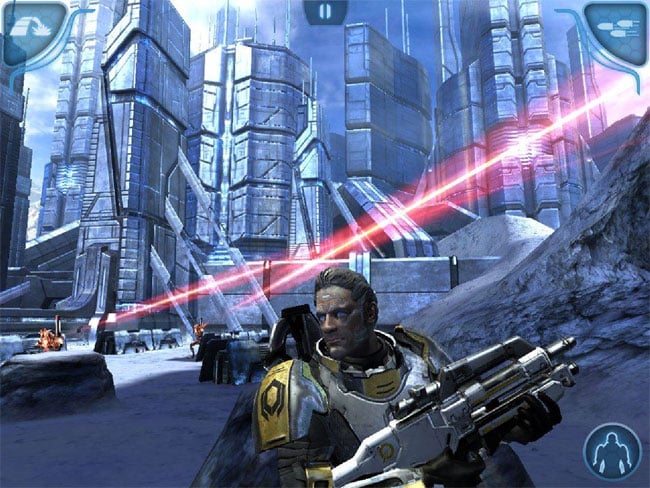 Mass Effect Infiltrator is a third-person cover-based shooter in which you play as Randall Enzo, a Cerberus soldier who specialises in doing covert ops for Cerberus but becomes disenchanted with the organisation and needless to say, he helps Shepard in his mission.

Whilst playing the iOS third person shooter game players will receive awards for collecting evidence of cerberus crimes in their mission, with each discovery and rescue increasing their Mass Effect 3 Galaxy at War Galactic Readiness rating.