EA has officially announced the new Mass Effect 3 ‘Leviathan’ DLC at this weeks EA Summer Showcase event. Revealing that the new Leviathan DLC will be arriving this summer and will be landing on the PS3, PC and Xbox 360. 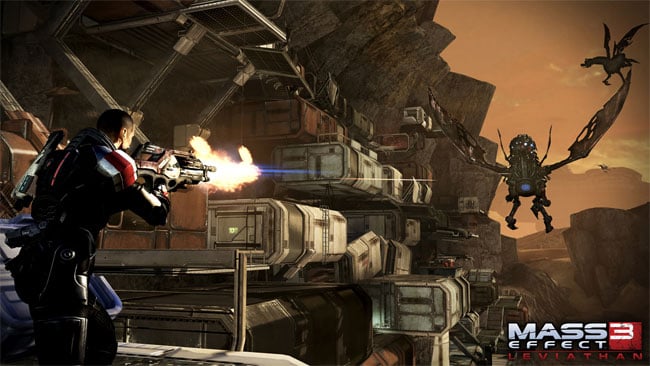 Before the official announcement by EA elements of the Leviathan DLC were discovered in the files of the Extended Cut, and voice actor Anthony Skordi has been confirmed as one actor who who’s voice will be included in the new DLC. The description for the Mass Effect 3 ‘Leviathan’ DLC single player campaign reads:

“Mass Effect 3: Leviathan is the first story-driven, single player DLC to be made available since Mass Effect 3 Extended Cut. Leviathan expands upon the events of Mass Effect 3 with gripping and emotional storytelling, compelling new characters, powerful weapons and unique upgrades. Players will be able to discover more about the origins of the reapers as they race across the galaxy to unravel the mystery that surrounds the fabled Leviathan.”

As more information and trailers are released for the new Mass Effect 3 ‘Leviathan’ DLC we will keep you updated.