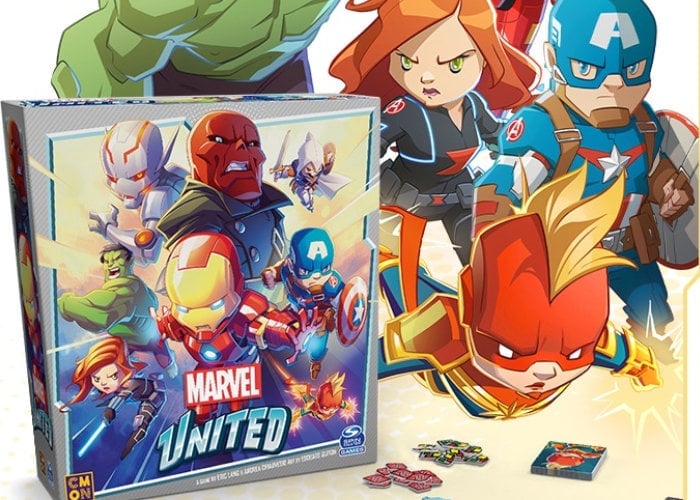 CMON has launched their latest board game Marvel United, designed by Eric M. Lang and Andrea Chiarvesio. With 14 days remaining on the campaign the Kickstarter project has already raised over $800,000 thanks to over 11,500 backers. “Take the role of Marvel’s mightiest Heroes and thwart the Villain’s plans in this fast-paced cooperative game with amazing sculpts!”

“It’s time to become the Heroes you were always meant to be! Marvel United is a fast-paced cooperative game where players take control of Marvel Super Heroes and band together to thwart the master plans of the most dangerous Villains in the universe. With an all-new visual take by Edouard Guiton, brought to life in fantastic sculpts, Marvel United will challenge you and your friends. Only by standing united will you have any chance of victory! “

Plenty of Kickstarter exclusives are available throughout the campaign together with a few optional buys such as the play mat and Tales of Asgard expansion.