This is another one of those really impressive Lego projects that reaffirms your faith in the ubiquitous blocks. Dubbed the Time twister, this latest build from Hans Andersson is an elaborate timepiece that gives out the time in layers that print the digits. Simply looking at the details gives you an idea of the perfectionism that no doubt played a huge role in this clock’s creation. Check out the video after the jump. 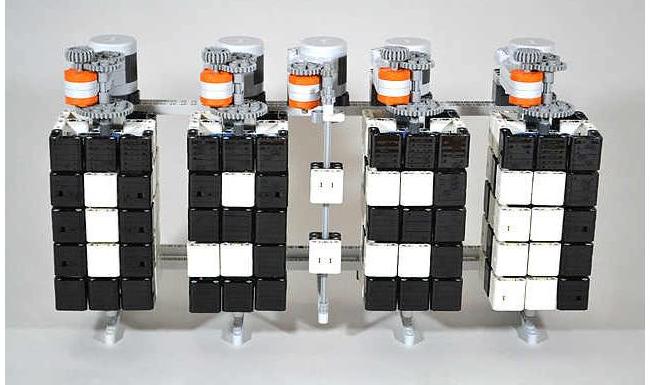 Built from pieces of Lego Mindstorm sets, the Time Twister is but the latest from Mr. Andersson, a Swedish programmer who’s into robots. Turns out he’s been at it for the last couple of years and built some really impressive ‘bots, including a particularly clever model that does Sudoku. His hobby began some time ago when he bought Lego for his daughters and eventually got caught up on them as well.

His projects are proudly showcased on his website, where the instructions and other helpful media are archives.

Oh yeah, the video. Here it is: