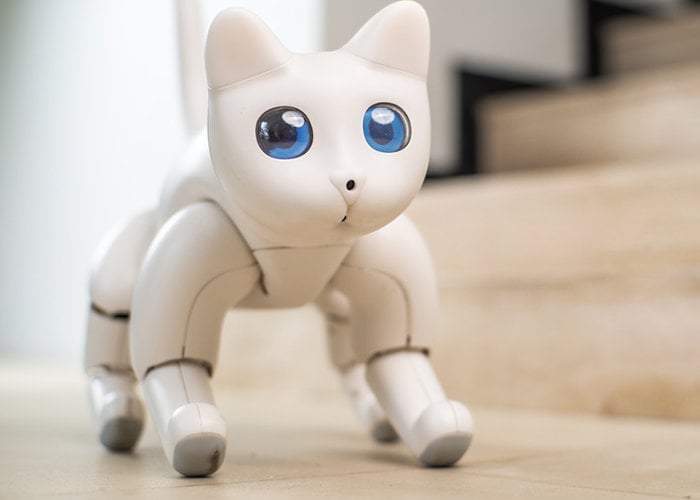 A new cute programmable robot has launched via Kickstarter in the form of the robotic cat aptly named MarsCat. A bionic cat equipped with 16 servo motors offering a fully autonomous easy to program interactive robot. Watch the demonstration video below to learn more about the MarsCat which is now available via Kickstarter with early bird pledges starting from $649 or roughly £495 offering a considerable 50% or $650 saving off the recommended retail price of $1,300. 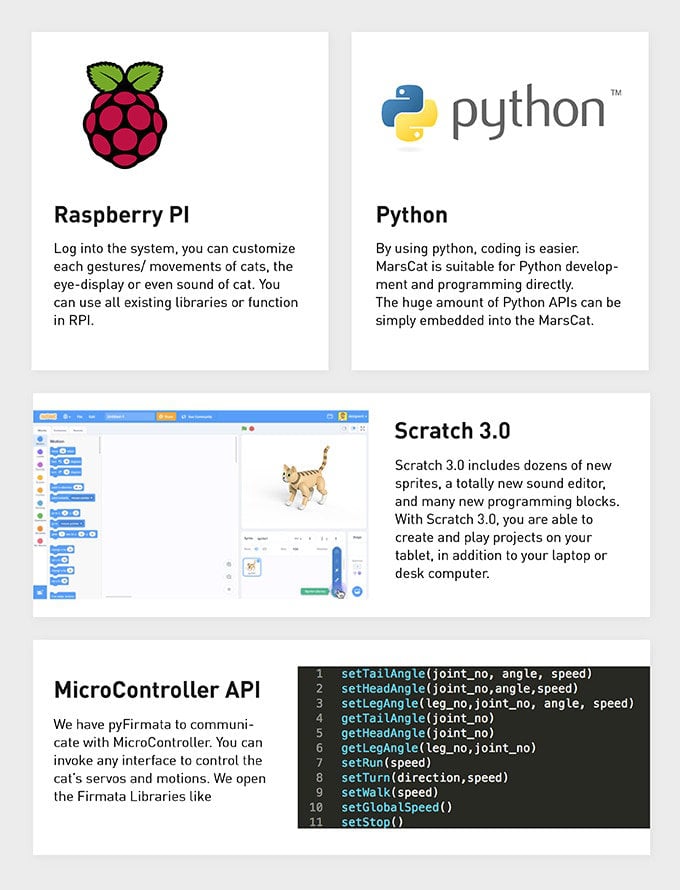 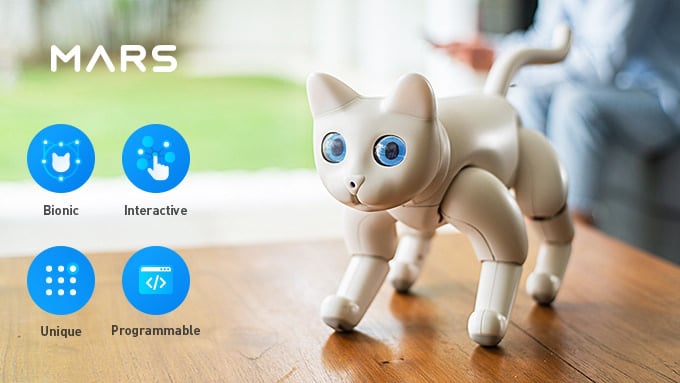 MarsCat has 6 characters which can be changed. She may be enthusiastic or aloof, energetic or lazy, social or shy. Her personality develops through the way you pet her. “MarsCat will be more enthusiastic if you interact with her more, be more talkative if you talk to it more.”

“MarsCat is the world’s first bionic pet cat developed by Elephant Robotics, aiming to be a home robot, a robotic pet to comfort you and surprise you. Just like a real cat, MarsCat is fully autonomous. No extra instruction is needed to control its movements. It is fully responsive and has sensitive interactions. It can feel your touch, hear your voice, see your face and play with toys. Every MarsCat is unique from its eyes, body to personality, its personality will change according to the way you pet it. With powerful quad-core Raspberry PI, you can also program it easily and give it endless possibilities. MarsCat can also be an ideal choice for education, research and commerce.” 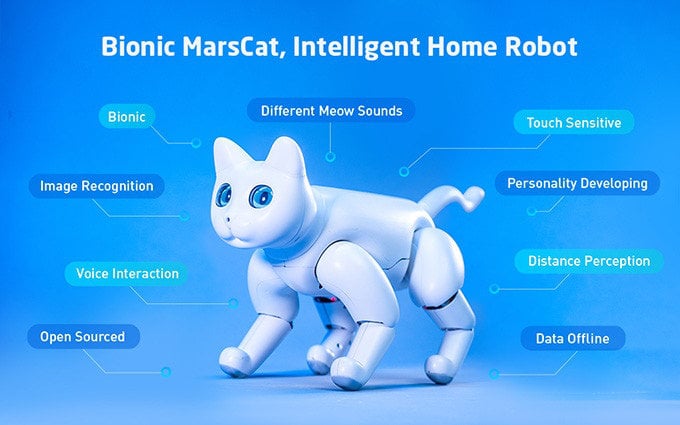 “You will never know what MarsCat will do next because it is like a real cat, fully autonomous. MarsCat acts independently without any instructions. MarsCat walks, runs, sleeps, sits, stretches, bites nails, kneads and even buries litter although she won’t produce any waste. It may express different emotions by different meows or gestures. Sometimes it may do some amazing things that surprise you and make your day! “ 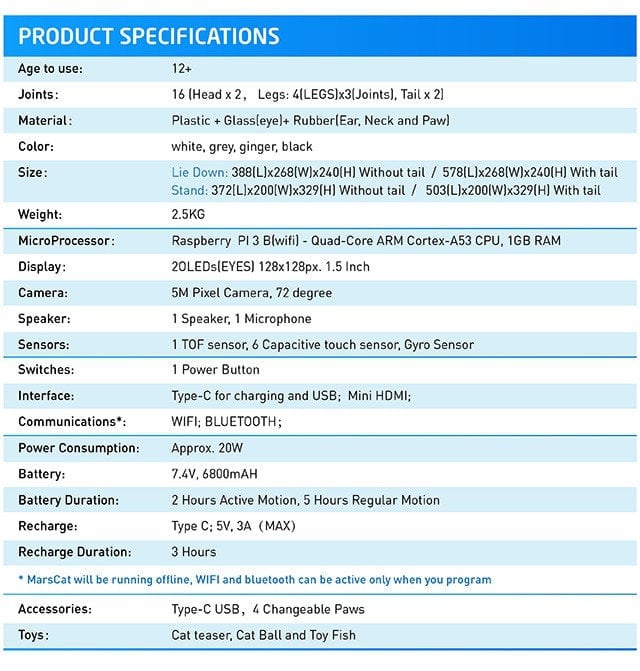