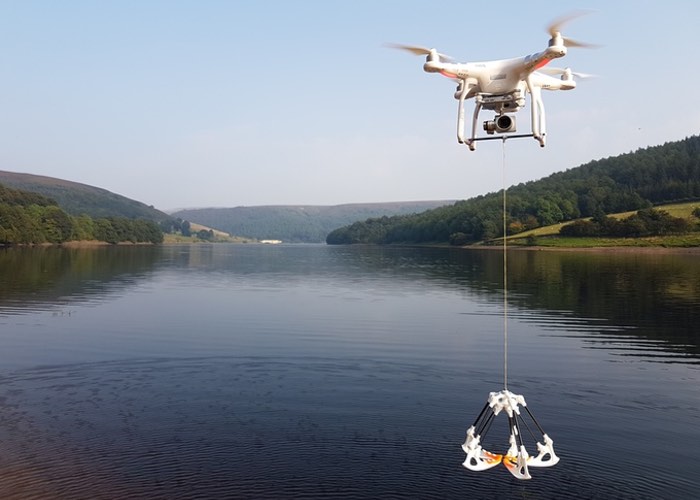 Those of you already using drones for photography and exploration might be interested in a new next-generation room claw called the Mantis Carbon which has been designed by Ben Kardoosh based in UK.

Ben now requires £10,000 to take his concept into production allowing drones to be able to pick up a wide variety of different objects with ease. Check out the video below to learn more about this next-generation drone claw which has been created by Mantis Technology.

The Mantis Carbon is a new design by Ben Kardoosh based on the original Mantis Drone Claw. The new design aims to be a vast improvement on the previous version, with increased size and grip for ease of deployment. The new claw weighs around 150g and is well-suited to fairly powerful drones such as Phantoms and custom racers.

Currently at the working prototype stage, we are ready to try our first production batch and are in need of a little funding for the required tooling. As with the previous version, we may have to make minor design changes here and there as the project progresses to ensure the product is the best we can achieve. Rest assured, any developments will be in the interest of maximising both style and functionality. It is our philosophy that good design is where elegance and utility overlap.

For more information on the new Mantis Carbon drone claw jump over to the Kickstarter website for for specifications and to make a pledge via the link below.