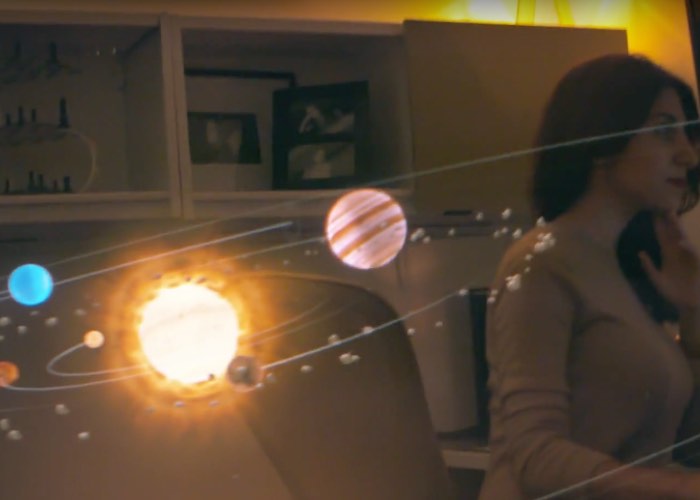 Magic Leap has received funding to the tune of over half $1 billion previously and is now currently building a digital light field projection display, but has yet to be unveiled.

The company is also creating consumable augmented reality wearable devices and some of the technology that will be available in these projects can be seen in the demonstration video below. The Road To VR website explains a little more :

The little robot is accurately occluded by the table leg, which means machine vision is correctly ‘guessing’ where the real world object is in physical space, but the solar system presented in the next portion of the demo is clearly much less able to ‘stick in place’. The question still remains of how large the device itself is, and whether it can be worn like Microsoft’s HoloLens AR headset

“shot directly through Magic Leap technology on October 14, 2015. No special effects or compositing were used in the making of this video.” CEO and founder Rony Abovitz explained during the event.

As soon as more information is unveiled as regards the technology that Magic Leap are creating together with costs and worldwide availability we will keep you updated as always.