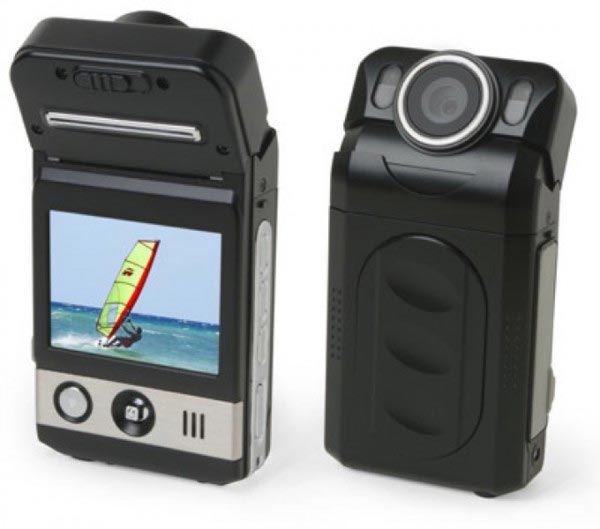 The camcorder can also be used to capture still pictures at a high resolution of 3264 x 2448 pixels. There is also a built-in flash for capturing images in poorly lit or dark areas. The LED flash can also be turned on continuously when shooting video.

After filming, users can easily watch their video because the Mag Pix includes a mini HDMI port on the side. This is perfect for playing back videos on the television. Users can also stream the video on the computer using a USB 2.0 connector or by placing the SD card into their computer’s card reader.

The downside to the Mag Pix is that it doesn’t come with much memory. The camera comes with 32 MB of internal memory. Fortunately, individuals can pick up a MicroSD card that will support an additional 32GB. With 32GB of memory, owners of the Mag Pix camcorder should be able to store up to 160 minutes of full HD video.

The camcorder has a 2.4-inch LCD display, is very small, portable, and can also be easily angled to give video recordings more versatility. Individuals can expect to pay about $140 for the Mag Pix.