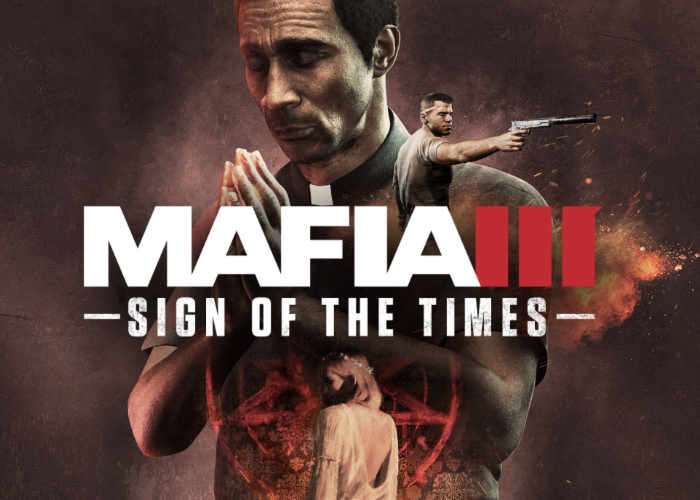 The third DLC for Mafia III has been released this week in the form of Sign of the Times, the three DLCs are available individually or collectively as part of the Season Pass.

Check out the launch trailer below for the third DLC Sign of the Times To learn more about what you can expect from the Ensanglante cult which is tightening its grip of terror on New Bordeaux.

Investigate the ruthless group and put a stop to their brutal rituals before they claim more innocent victims. Haunted by the murder of his surrogate family, Lincoln joins Father James at Sammy’s to find closure. But on their arrival, they collide with a deranged cult using sites of suffering and loss for human sacrifices and ritualistic horrors. With all-new vehicles, weapons, and investigative tools, Lincoln plunges deep into this dark world of drugs and violence to end the cult’s reign of terror and just maybe find his own kind of peace.

The Ensanglante cult is hell-bent on restoring righteousness and order to New Bordeaux, which they believe can be accomplished through violent rituals. Using a hallucinogenic drug to bend its members to their will, the cult distorts their perception of reality and turns them into killers.

Lincoln will use new investigation skills and tools to track and document the cult’s grisly practices through derelict locations across the city. His spec ops trained eye will crack their codes and uncover a base of operations hidden in an abandoned Sanitarium off the coast of New Bordeaux.

The mysterious and violent practices of the Ensanglante cult will push Lincoln’s grip on reality to the brink. To stay one step ahead, he’ll need to employ the all-new slow-mo shooting combat technique and engage an expanded arsenal of weapons and vehicles. Defeating the Ensanglante cult would be a boon to the city, one that will reward Lincoln with unique and exclusive items.

Before the Marcanos burned it down, there was no better place for a drink in the Hollow than Sammy’s. With a bit of hard work, Lincoln will restore the bar to its former glory and make it a premier destination again.