At the Mobile World Congress (MWC) 2014 event currently running from February 24th – 27th this week in Barcelona, Mad Catz has unveiled a new iOS 7 controller in the form of the C.T.R.L.i.

The C.T.R.L.i Mad Catz iOS 7 controller will be available during April 2014 and has been based on the MLG Pro Circuit Controller which the company originally developed for the older generation Xbox 360 and PlayStation 3. 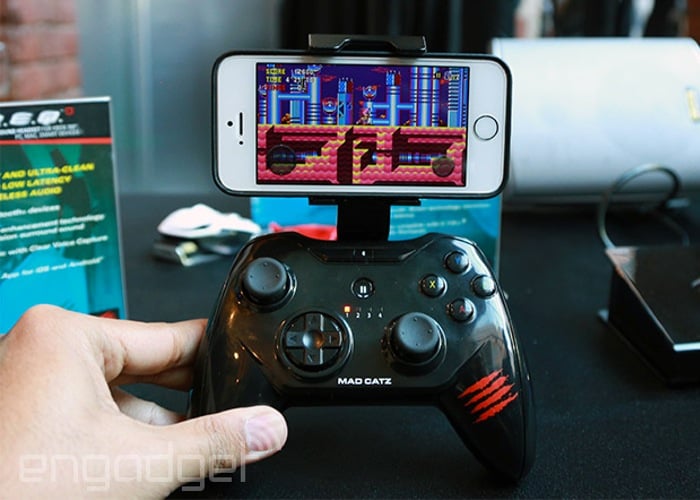 However the C.T.R.L.i Mad Catz iOS 7 controller has now been specifically designed to be used with Apple’s iPhone, iPod and iPad tablet devices and is compatible with all games from the Apple iTunes App Store that have controller enabled code. Alex Verrey, Mad Catz global PR and communications director explains a little more :

“The bluetooth chip is premium as are the components used. We’re building it for the next generation of mobile titles and humbly believe it will be the highest quality Bluetooth controller for iOS when it launches.”

The new C.T.R.L.i Mad Catz iOS 7 controller will be available in a variety of different colours when it starts shipping in April and is expected to be priced around $100 mark, but a price has not been officially confirmed as yet by Mad Catz. 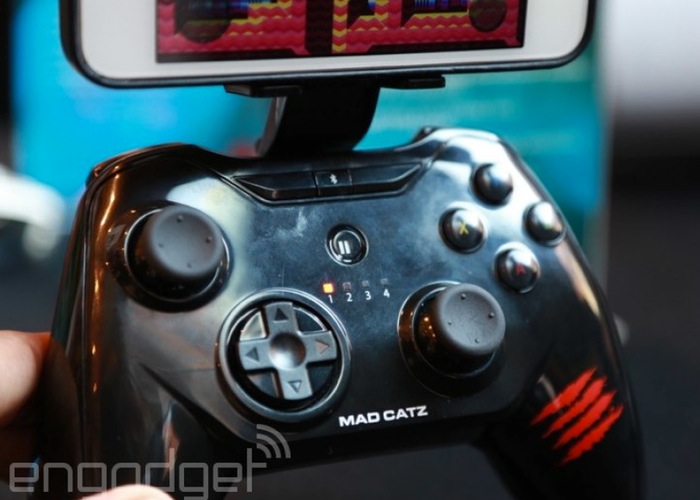