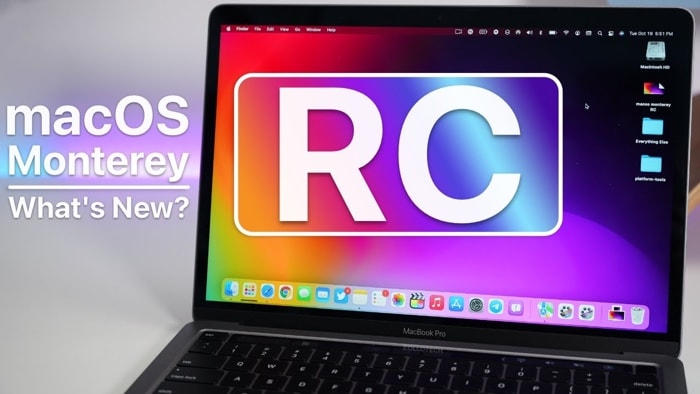 Apple recently released macOS Monterey Release Candidate to developers, this is basically the final version of the software that Apple will release to everyone, assuming there are no bugs.

Apple announced at its press event this week that the macOS Monterey software update will be released next Monday the 25th of October.

As we can see from the video there are a number of new features coming to the mac with the macOS Monterey software update.

Some of the new features coming to the Mac include Universal Control, although this has been delayed in this release and will be added probably in the next release and SharePlay

Universal Control lets you use your Macs keyboard and mouse with your iPad when it is placed next to your computer.

SharePlay lets you watch TV shows and movies with your friends over FaceTime and the content is synchronized in all locations.

Here is a list of Macs that will be eligible for the update: