If you are an owner of a new 2013 Mac Pro computer that needs more RAM, Transcend has announced something you will be interested in. The company has unveiled some new RAM modules that are designed specifically to work with the new 2013 Mac Pro. The new Mac Pro is the machine that is round with the hollow center. 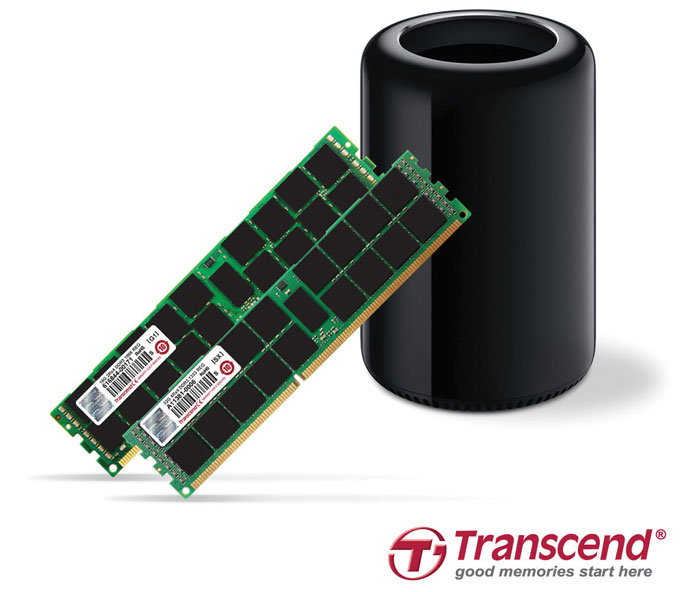 The Mac Pro has four upgradable slots for RAM and using the new 16GB and 32GB RDIMM modules users can add up to 128GB of total system memory to their Mac Pro. The modules offered by Transcend are 16GB DDR3-1866 and 32GB DDR3-1333 RDIMMS that are 100% guaranteed to work with the Mac Pro. The modules are also covered with a lifetime warranty.

“The new Mac Pro 2013 is advertised to support up to 64GB of memory, and we understand that pro users running applications that place high demands on RAM have a need to meet and most likely exceed this threshold,” said Angus Wu, Director of Research and Development at Transcend. “For this reason, we have developed and fully tested higher density modules to give users the option of raising their Mac Pro system memory to the advertised 64GB right up to 128GB.”