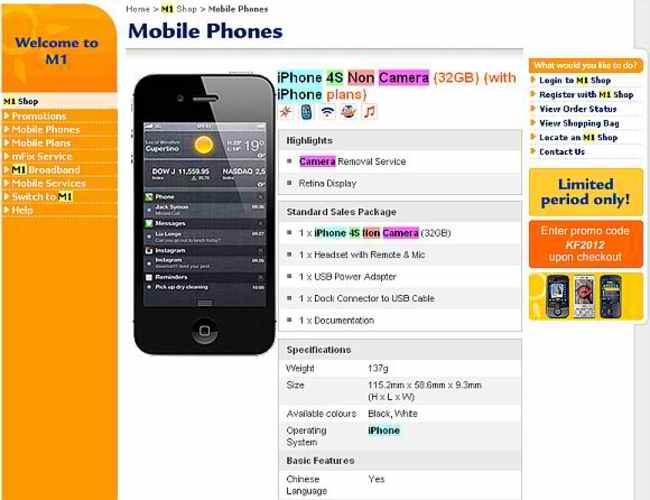 M1 is also willing to take your current iPhone 4/4S and charge you in transforming it into a non-camera version. Apple’s warranty will expectedly be void if you do so but M1 has you covered with a third-party warranty provider that you may get.

Removing the camera is a permanent operation, according to M1. The non-camera version is welcome news to those in Singapore who are fulfilling two years of mandatory service as the Ministry of Defence has approved its use in the military.

Other networks in the country, SingTel and Starhub, said they are also looking to offer the non-camera iPhone versions but canmot give a definite date of release as of now.