Intel certainly rules the roost when it comes to processors for traditional computers such as desktops and notebooks, it is far from the biggest name in mobile chips. Traditionally Intel’s processors use too much power to be competitive in the mobile market for things such as smartphones and tablets, but the chipmaking giant wants to change that. Intel is teasing a new generation of low-power Haswell chips specifically designed for tablets. 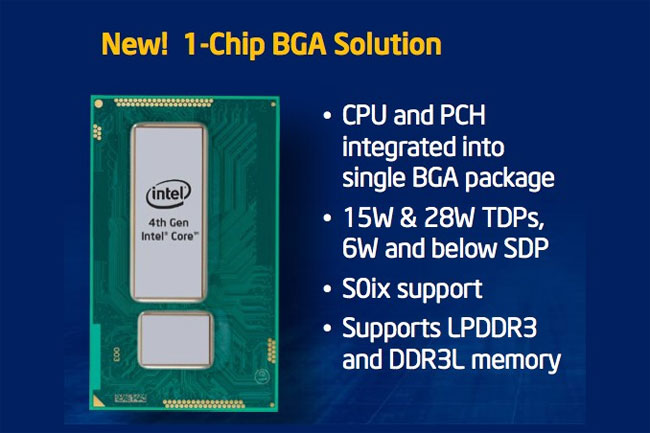 Intel has announced a new Y-series chip that has a 4.5 watt scenario design point. This is different than a processors TDP. Intel says that its new chip will be able to be used inside a chassis designed to cool only 4.5 watts of heat. When distilled down that means the chip is designed for tablets that are too thin to have a fan of any sort.

This new chip will be available in limited quantities, which seems to indicate that no device makers have picked up the tablet chip in bulk. It’s nice to see Intel working still to compete against ARM in the mobile chip space and that is good news for tablet fans.