There is no stopping to all the Low-cost iPhone rumors. We have seen the device leaked in photos in the past and was even spotted alongside the current iPhone 5. If all of those images were not enough for you, we have another leaked image that may confirm that the device may be real. A new photo has been leaked from a Chinese website Weibo that shows the back of the device with the same design that we have seen in the past. 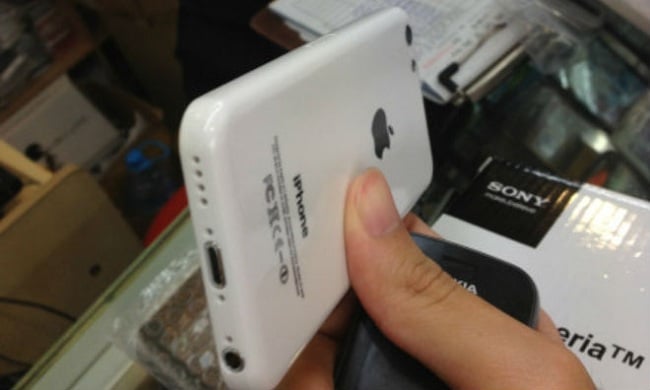 The image leaked is interesting as it also shows the markings from the FCC and other assorted certifications. If you don’t know, adding information like this is the final step before the product is launched in the market. Does this mean that we will see it soon? Yes! If rumors are to be believed, the much anticipated low cost iPhone will hit the market sometime in September along with the upgraded iPhone 5S.

If you take a closer look at the photo, some images have been leaked in the past that shows the same device. It is expected that the device will feature a polycarbonate body. It will be the first Apple device to feature such a casing since iPhone 3GS. With its low-cost, Apple can easily target the mid-range consumer market which is dominated by low cost Android handsets. It is also expected that the device feature 1GB RAM.

Does this look like a real deal to you? It appears to be. I guess we will find out the truth real soon.