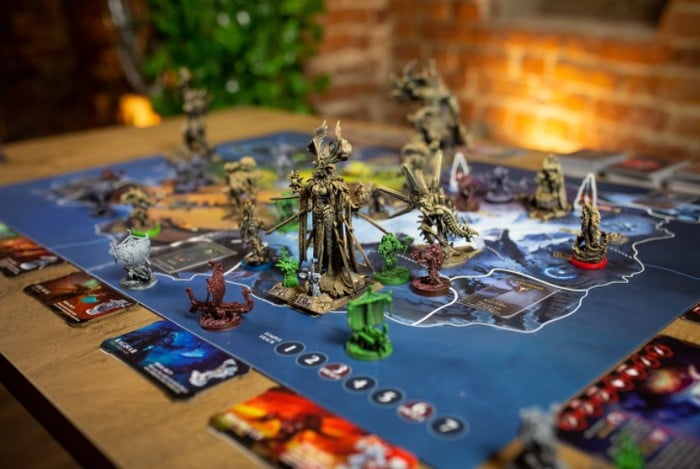 Awaken Realms in collaboration with Adam Kwapiński have announced the launch of their new board game and a spiritual successor to Lords of Hellas, Lords Of Ragnarok. Launched via the Game Found crowdfunding website the project has already raised over €730,000 thanks to over 5,000 backers with still 20 days left on the campaign. As you would expect there are plenty of minis both large and small representing Freya, Odin, Thor, Loki and more. Together with plenty of stretch goals to help add additional goodies to your board game as the campaign raises more pledges.

Tainted Grail fans might be interested to know the game designers at Awaken Realms have released a new expansion for the Tainted Grail board game in the form of Kings Of Ruin. Together with an updated rule set in the form of Tainted Grail 2.0 Rules, now available to purchase separately if you purchased the original game and would like enjoy playing by the new rules created thanks to community feedback.

“In this 1-4 player strategic board game, you will lead a unique, asymmetric hero and their army, trying to be the ultimate victor in a war that unfolds over approximately 90-120 minutes. Players will choose from various actions, such as building monuments, hunting monsters, ravaging the lands, gathering armies and artifacts.” 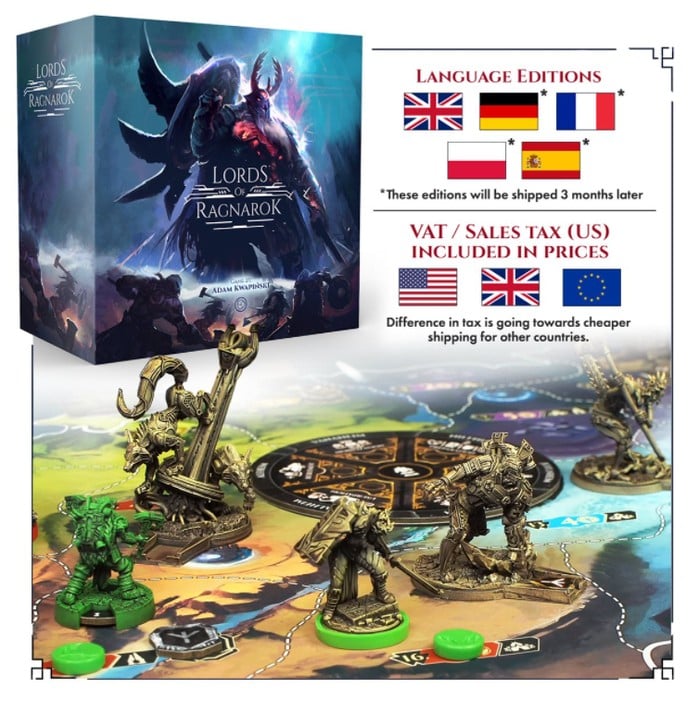 “Lords of Ragnarok is a spiritual successor to Lords of Hellas (BGG rank top 250 overall) — a ‘dudes on the map’ Board Game of truly epic proportions. It takes players into the middle of an everlasting conflict in a unique world inspired by Nordic mythology with a Sci-Fi twist. Building upon the established core of Lords of Hellas gameplay, it redefines it with new mechanics and fresh ideas. You will still erect great monuments, hunt monsters, and fight epic battles — but you will also use runes to promote your troops, take control of trolls and other monsters, or get unique perks for alliances with mythical realms.”

How to play Lords Of Ragnarok board game from Awaken Realms

“Gods will grant you blessings that will heavily impact the game and create a unique combo for each player. On top of all that, special runes will play a significant role in leveling up your armies or earning other bonuses that include control of deadly monsters. There will be a lot of new mechanics and twists, so prepare yourself for fresh, new thematic experience! Multiple victory conditions will keep players at the edge of their seats until the end of the game, making room for some stunning, carefully planned last-minute reversals! “